There have been a lot (A LOT) of ‘what the fuck??!?’ moments in comic book history, especially when it comes to the super heroes of Marvel and DC Comics. But there is one project that, from top to bottom, just makes you want to scream it from the rooftops. No, I’m not talking about Final Crisis, or One More Day, or even Zero Hour or Heroes Reborn.

In the late 1990’s Marvel and DC were hurting. The speculator boom of the early part of the decade caused the industry to collapse on itself, and both companies were scrambling for direction and for ways to bring their lapsed readers back, not to mention brining new readers in. They resorted to some really bad crossovers, notably Marvel VS DC, which saw fights like Flash vs Quicksilver, Green Lantern vs Silver Surfer, Lobo vs Wolverine (sort of), Batman vs Captain America, and others. To say it sucked is an insult to all things that suck.

But they weren’t done.

On the heels of that they unleashed the Amalgam universe, which was presented by both companies (neither of you get a pass!) and featured combinations of their characters, so you had Batman and Wolverine combined to make the ridiculous “Dark Claw”, and other nonsense.

I’m the best there is at what I do, and what I do is suck!

During the publication they treated the universe as if it had existed for decades, even going so far as to reference stories that were never published, like Secret Crisis of the Infinity Hour, which was their version of universe shaping events like Infinity Gauntlet, Secret Wars, Zero Hour, and Crisis on Infinite Earths.

They released  few waves of titles, some more popular than others, but none really that popular. You’ve already seen Dark Claw (Logan Wayne…sigh), but there are so many more, and almost all of them make you go “What the fuck??!!?!?” 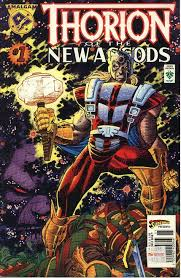 OK, this one isn’t all that bad, right? I mean, it’s stupid as hell, and is name is just… come on…. but it could be so much worse. I’m surprised it wasn’t Thuperman after seeing some of these other ones.

Again, not SO bad. I mean he looks dumb, yes, and his shield is ridiculous, but all told it could be worse. I guess my main question would be that if he’s so damn super why he needs a shield at all…

Getting a bit more ridiculous now, like the webbing gun. Why they decided to mix Spider-Man with Superboy is a bit of a head scratcher, but this is, again, nothing compared to some of the forced shit we have coming. Really, though, this isn’t all that horrible.

I think the most obvious combination of most of these, as the two characters are similar in a lot of ways. The worst thing about this design is that it’s so damned lazy. He just looks like Solomon Grundy.

As Jubilee was Wolverine’s ‘Robin’ for much of the 90’s this makes a certain kind of sense, but again, it’s just so lazy. She’s just wearing Robin’s costume and has her sunglasses instead of the domino mask. Very little thought was put into the ‘character’.

Amalgamation of Marvel’s Cyclops and DC’s The Ray 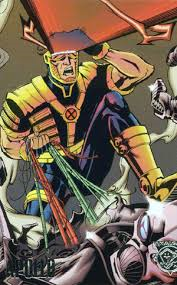 Once again, laziness rules the day. They just took Cyclops and added a few elements from the Ray’s costume. Really, if someone showed you this in the mid-to-late 1990’s and said it was Cyclops’ costume, would you have batted an eye?

They gave Namor blonde hair and Aquaman’s shirt. God damn these are so boring…

OK so they took Bane, changed the color of his mask, slapped a Hydra logo on his chest, and called him Nuke, you  know the other guy he was based off of… He actually looks like a halfway decent Marvel character if you forget that Bane ever existed. Again, not a lot of effort put into this one.

So they took the Beast, made him green, and exaggerated his hair a bit more. For FUCK’S SAKE, if you’re going to do something as stupid an uninspired as Amalgam characters at least put some fucking effort into it!

Really guys? This is the best you can do?

Moonwing?! That doesn’t even make sense… They just slapped a hood and cape and a moon crescent on Nightwing’s costume and added some white. I mean… I don’t mind the combination of characters, but it’s just so fucking uninspired. MOONWING?

Basically looks like Iron Man designed some new armor. And why these two characters? The ONLY thing they had in common was that at the time neither company had any effing idea what to do with the characters. Iron Man was floundering for some time before and after this, and Green Lantern was still early in the Kyle Rayner days. This is well before the Warren Ellis Iron Man or Green Lantern: Rebirth. It’s like they just said “Well, we don’t have anyone combined with Iron Man or Green Lantern yet, let’s just put them together. Fuck it.”

Amalgamation of Marvel’s Daredevil and DC’s Deathstroke (and then changed to a woman, just because) 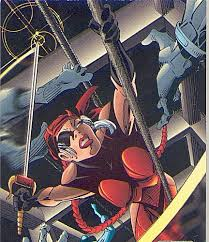 Funny, to me Dare looks more like Elektra was used than Daredevil, but maybe that’s just the gender swap. A bit more risk with the design, which is appreciated, and the character probably wouldn’t have been out of place in the 90’s Titans book for DC or even Daredevil at the time, but still, nothing really good or really bad, just forgettable.

I guess the thinking here was “they’re both bad guys with good aim that kill people”. But be honest, with the trend of the 90’s of adding unnecessary cyborg parts to characters, doesn’t he just look like a stupid Bullseye costume design? And look at that art! His cyborg eye is practically at his ear! Did Rob Liefeld draw this? What is happening?

Amalgamation of Marvel’s Dr. Strange (and a bit of Professor X) and DC’s Dr. Fate 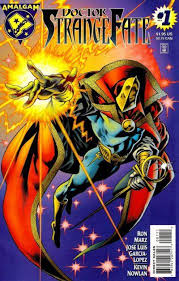 They took Dr. Fate and gave him Dr. Strange’s cloak, then mashed their names together. Stupid, yes, but this is actually the one book I probably could have seen myself reading had I bought any of this crap. Very simple design, but it doesn’t look that bad. That name, though…

Yes, he looks utterly ridiculous, but the sad thing is that about a decade later when Peter Milligan was writing X-Men he had Gambit be transformed into one of Apocalypse’s Horsemen, and he looked awfully similar:

A weird combination and a weird design, but at least they were trying something. He looks a lot like the Iron Lantern… Still, what the fuck is up with the name Kultron? And what was the rationale behind combining Ultron and Kobra?? 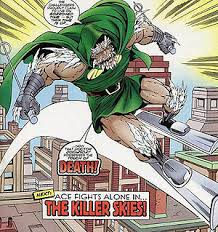 OK so it’s obvious these two were combined because they both have ‘doom’ in their names. It just looks like someone made Doomsday dress up for Halloween or something. I will say that Dr. Doomsday is a pretty sweet name, all things considered, but what in the fuck is going on with this design? It’s just so goddamn lazy! “Let’s just throw Doom’s cloak on Doomsday. Next!”

“What do we do with Hector Hammond?”
“Well, he’s got a big head, and M.O.D.O.K. is basically nothing but a big head, so put them together!”

I don’t know what’s more ridiculous about this, the basic concept, or his tiny little body floating around with his gargantuan melon. 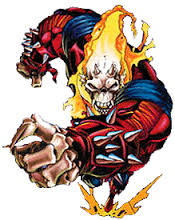 So much dumb. Can’t compute… I am error.

This makes no sense. I guess they were trying to come up with names for a speedster, and when they hit on Speed Demon, they were like, “Well, there’s the Flash, and we need a demon…. fuck it, Ghost Rider.” It just looks like a shitty Ghost Rider design for a version that runs fast instead of having a sweet bike. 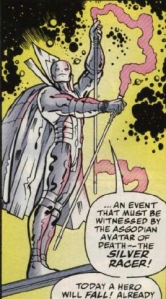 No, no, no. They took a sweet (albeit kind of goofy concept when you think about it) character like the Silver Surfer and mixed him with a silly (and stupid when you think about it) character like the Black Racer, and the result is basically a lamer version of the Black Racer. When the only thing you can think to do with an avatar of death who rides skis to make him cooler is to coat him in silver, you’ve already lost the battle. For shame.

What. The fuck. Is this.

I mean, I guess it can’t get any worse? 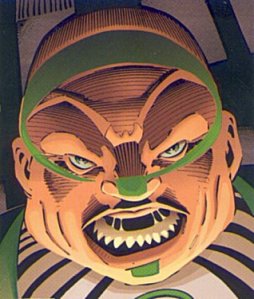 Well, I was wrong.

This is maybe the dumbest one yet. Not only do the two characters have no common traits other than ‘criminal’, the design is utterly absurd, the name is horrible, and nothing about this character appeals to anyone. I want to taint punch whoever designed this.

The plus side is surely we’ve scraped the bottom of the septic tank with this one.

Amalgamation of Marvel’s Howard the Duck and DC’s Lobo 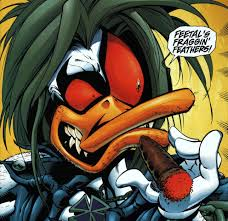 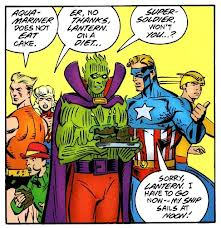 The Human Lantern. If you are on fire why do you need a mask? And how do your clothes not burn? And does anyone give a shit?

This is getting pathetic. Actually, we probably passed pathetic about ten entries ago. They put Thanos’ belt, boots, and gloves on Darkseid and smashed their names together.

I think my brain just ripped itself in half…

This just can’t be real.

Oh what the fuck.

One response to “The Greatest/Worst WTF Ever”