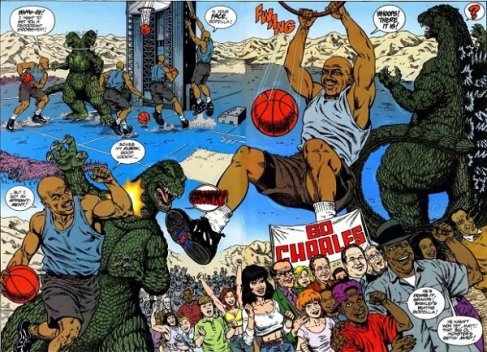 Godzilla: King of Monsters, Punk on the Basketball Court

Who would have guessed that after triumphing over threats like Mothra, Gigan, and King Ghidorrah that all it took to defeat the terrible Godzilla was a super sized Charles Barkley?? Not even Michael Jordan, or Magic Johnson, but Charles Barkley.

I’m at a loss for words, other than “what the fuck?”