So there’s this dogshit Spider-Man story that came about towards the end of the J Michael Straczynski run (and no, I’m not talking about Sins Past or One More Day… damn, JMS had his name on THREE of the worst Spidey stories ever. I just realized that). In it, Morlun, a member of a race called the Inheritors that travels across realities devouring the life energies of ‘totem’ powered superhumans (people who are animal themed, basically). Peter beat him once before by the very skin of his teeth, so when Morlun shows up it’s a big deal. They get in a big fight and it’s going horribly for Spidey, and suddenly gets much worse when Morlun plucks his EYE OUT OF HIS HEAD AND THEN EATS IT. 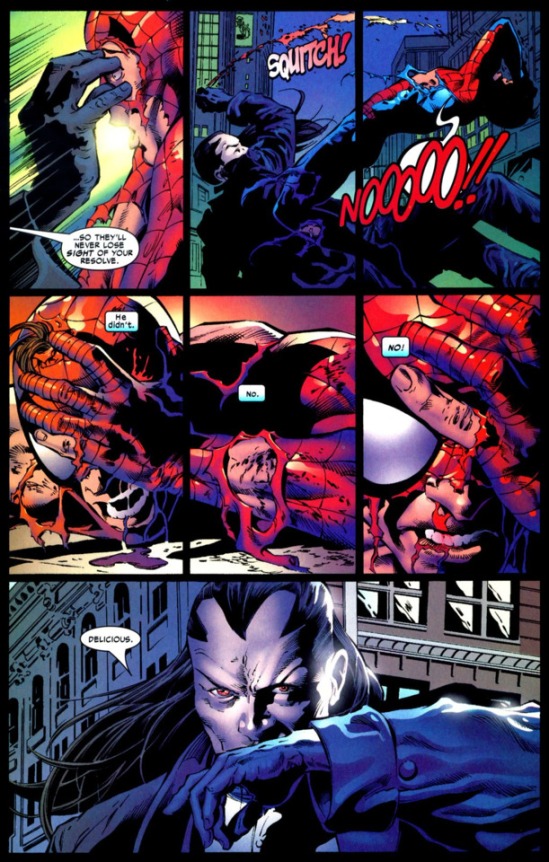 Then he beats Spider-Man to the edge of death, he nearly dies in the hospital from his injuries, eventually wraps himself in a web cocoon, and emerges with new powers. Including giant ‘stingers’ that come out of his wrists. Y’know, like spiders!

This story is such a terrible, ridiculous mess. It doesn’t get nearly the attention its shit-tastic quality would normally demand because of the aforementioned Sins Past, in which it was revealed the sweet, innocent ‘girl next door’ Gwen Stacy had actually been sleeping with Norman Osborn, the Green fucking Goblin, got pregnant, left the country, had twins, and this is why the Green Goblin decided to kill her all of those years ago; and One More Day, in which Peter and Mary Jane sacrifice their marriage (somehow) to the fucking devil to save an 80+ year old Aunt May from a gunshot wound.

Both of those sound pretty awful, right? So people tend to kind of forget that the page above happened, and that THIS happened:

Web shooter were replaced with organic webs, the ‘totem’ connection was made stronger than ever, exactly how Spidey was able to regrow an eyeball and heal from his injuries was never revealed, and we got the oh-so-classic, never ever to be forgotten or thrown away, genius idea spider-stingers! 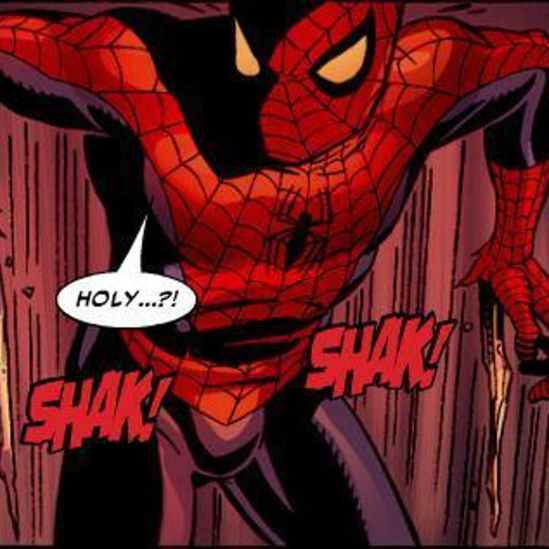 Spider-Man: The Other. Pfft. What the fuck.